Mifi Hotspot: Everything You Need to Know About 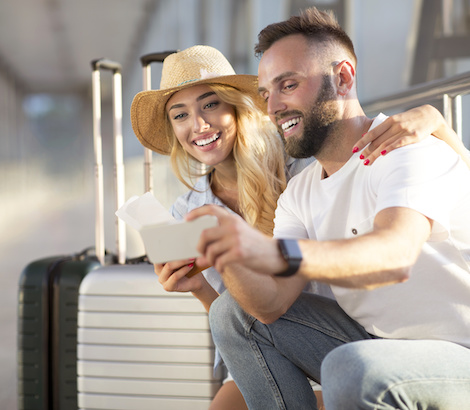 A mifi hotspot or a mobile hotspot is a portable, pocket-size device that can be used the access internet on a variety of devices while you’re on the go. The devices supported by mifi hotspot are smartphones, tablets, laptops, e-book readers, portable gaming devices, mp3 players, and more. Their functionality is the same as the functionality of Wi-Fi modems. However, they rely on cellular data to provide 3G or 4G internet access. Mifi hotspots, also known as Wi-Fi hotspots, portable hotspots, and mobile hotspots can be used to access the internet on multiple devices.

Being able to access the internet and work anywhere has its own perks. Moreover, since mifi hotspots can connect with multiple devices, they’re more useful than the other on the go internet solutions.

Many users identify the most significant advantage of mifi hotspot as a dedicated connection for their devices no matter where they go. Depending on your internet usage and the place you’re traveling, you may need to pick a mifi hotspot service that is suitable for you based on your requirements. Research shows that 60% of the people can’t go without Wi-Fi for more than a day.

Let’s quickly look at some advantages of a mifi hotspot:

The only limitation of mifi hotspots is that the speed of the internet connection depends on the cellular data signal strength. Also, when multiple devices use the same mifi hotspot, the internet speed can reduce. Portable hotspots such as mifi hotspots require power to operate. Depending on the number of device’s you’ve connected and the overall usage, the battery may get drained rapidly.

The most sought-after mifi hotspot for travelers

If you’re a frequent traveler, you definitely need a mifi hotspot to run your business while you’re spanning different countries.

‘My Webspot’ is a portable Pocket WiFi that allows you to access the internet while you’re traveling abroad. It is rental pocket-size Wi-Fi device that can be used anytime, anywhere, even in the most remote locations. You can access the internet globally and share the access with your friends.

Imagine, you’re in the mountains, having a great time with your friends, and suddenly the call of duty strikes. What will you do in such a situation? This is where the importance of My Webspot mifi hotspot comes into the picture. With My Webspot, you have unlimited internet access at highly-affordable rental rates.

Why My Webspot is the right choice for travelers?

Here are a few reasons why My Webspot is an ideal choice for travelers:

How to rent the device and return it?