The Ultimate Bucket List For The United Kingdom : The Most Beautiful Places 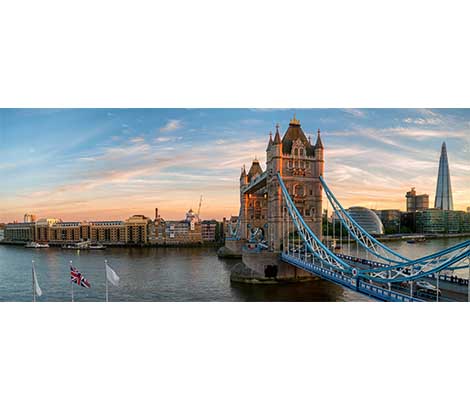 Have you ever wished having an ATM in your home? Someone actually has it. She is called Queen Elizabeth, so she doesn’t have to worry about getting cash. But relax, there are several ATMs in Britain, but keep an eye on your umbrella because it might get lost among the other 80.000 umbrellas that get lost per year there. The truth is that the United Kingdom has that kind of magic which makes you feel like a child again. All that huge castles and leafy woods advocates the fierce arrow of Robin Hood and the subtle beauty of Lady Marion and all I can think about is lose myself in this land. And maybe someone will call me “Your Highness”, rides my carriage and greets my citizens. We are going to share our very own Bucketlist UK for the Kingdom:

The Stonehenge was built in the Neolithic period and formed by large blocks of metamorphic rocks distributed in four concentric circles. Nobody has determined how those 30 tons block stone were moved from a 20 mile distance. It would take approximately 500 men to move every single block. It is also a mystery what Stonehenge was actually build for. One says it has astronomical uses, others say it has religious and funerary purposes. The feeling to be surrounded by this huge trees stones must definitely be sacred. Like an ant in the elephants dance.

This magnificent structure has several names. Its official one is The Clock Tower. However, its most popular of all is The Big Ben, although this is the name of one of its five bells, and it is the biggest bell of all. It has a Victorian and gothic style and it is famous for its reliability, because even after the World War II bombings, it never stopped working. In fact, during the war it turned its light in order to protect the soldiers. However, in 1945 a flock of birds rested on its timer and stopped the clock for five minutes. Imagine the chaos!

The Old Trafford Stadium is a real Theatre of Dreams. This elegant structure was rebuilt after the World War II bombings. During the war American soldiers played baseball here. This old stadium has a museum with all the story of the Manchester United team, so if you are a soccer fan, don’t wait anymore and book a ticket to a game or just have a guided tour.

With a gothic and romantic style, Westminster Abbey is the traditional place for crowning and all funerals of the monarchy. When you go there ask for the unknown soldier’s tomb. This French soldier died in the World War I and he was buried there with French soil, weird, isn’t it? Ask what the abbey has to do with the famous expressions which says “robbing Peter to pay Paul”. You might be surprised.

If you love epic legends and outdoors at the same time, Sherwood Forrest is the place for you. The royals like to hunt there and Robin Hood loved to hide here. You can have a dream ride, watch the huge oak trees, assist to the Arts and Craft Center, visit the chapel where Robin and Marion got married and even attend the annual festival in honor of this national hero. If you are into costume play you got to go!

Bucketlist UK #5: Let’s save the Queen.

Buckingham Palace is an imposed jewel of neoclassical architecture. It’s the home of Queen Elizabeth, but you are welcome to get in. it has 775 bedrooms and 76 bathrooms. The main attraction is the main shift of royal guards, very solemn and impressive. Once a man got in the chambers of the Queen and took her underwear. Please do not try imitate that!

London Eye is a giant Ferris wheel on the south bank of the River Thames.  It offers a unique sight of the city. There are 32 capsules which can carry up to 25 people each. You can even reserve it for special occasions like Valentine’s Day and enjoy the stunning views, canapés and beverages. Nice place to pop the big question, right?

Bucketlist UK #7: You shall drink a cup of tea.

You can’t leave London without living the tea experience. It is the ultimate tradition originating from de Duchess of Bedford who one day almost fainted and ordered tea before dining. That is the reason why there is a tea time at 5pm. Nowadays the tea is served with small sandwiches, the famous "scones", muffins and clotted cream, whose creaminess is between cream and butter. Once tasted, you will never forget. So be like the mad hatter and don’t miss your tea date.

You can take a selfie with Shakespeare and Churchill. Even with the iron lady Margaret Thatcher. Yes, it is not a lie. You only need to go to Madame Tussauds Museum and take a picture. This marvelous museum hosts all kind of important characters and is really fun. You must know that Madame Tussauds was forced to sculpt the mortuary mask of Lois XV and Marie- Antoinette in order to prove her loyalty to the French Revolution. Creepy.

The nights in England can be very fun and Liverpool is the proof. The Beatles’ crib has the best pub in the whole world - the Cavern Club where they played before. Don’t forget to sit beside Eleanor Rigby (the sculpture).

Clough Williams Elis was an architect who made his dream come true. He bought an entire peninsula in Wales and built a Village called Portmeron. It has little palaces, many gardens, sculptures, fountains, restaurants, one hotel and a spa. It’s a place to rest and get pimped!

If adventure is your thing you can visit the Carrick-a-rede rope bridge in Northern Ireland.  It is a suspension bridge 82 ft. high. The view is amazing, but it can be a bit scary. Rumors say that many people who crossed the bridge are so frightened that they will come back the same way. We dare you!

Eilean Donan Castle It is a beautiful fortress in Scotland that will blow your mind. A legend says that English invaded this castle and broke the bridges. Scots were desperate and jumped into the sea, except one Spanish man who fought to death. His ghost appears and frightens everyone but the Spanish tourist.

Now then, if you want to stay connected to your friends and family and share those amazing places, the cheapest and safest way, is getting Pocket WiFi for the U.K. from My Webspot!