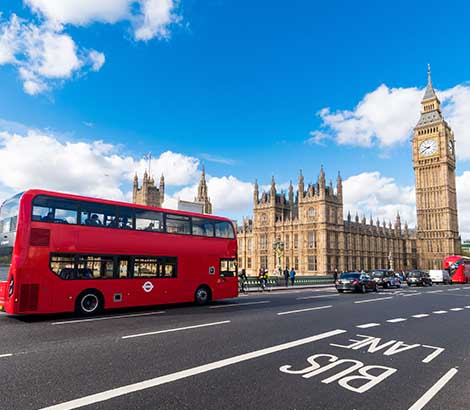 If you want to live in London you should do it as a family so that you have a truly pleasant experience with your loved ones. This city is so full of attractions that are in addition to the most interesting to both adults and children. You have infinite options to have a trip full of adventures, joys and many memories, that if you plan for summer you will have much more to do. Now if you decide to go with your partner, group of friends or a personal or business trip, London is also for everyone, the best destination, giving you the best stay in Europe Historic Excellence.

London is surrounded by a history full of many castles, Towers, Great Churches, Parks, cobblestone streets... An autochthonous city adorned with the passage of medieval history and the most modern, which make London one of the most interesting cities in the world. The impressive thing is that the more you adorn London, the History comes alive with the impressive views and historical monuments that are intermingled with the novelty of its urban center, presenting us a collage of the old and the modern at the same time; something simply incredible.

You can plan some of your tours from the impressive Tower of London for example and its medieval stories accompanied by the Yeoman Warders, eternal guardians of The Tower of London which has been the most protected fortress in the world for over 900 years. It is one of the best-known ancient relics as it was for centuries the King's Palace and the Fortress of the Kingdom. It has also functioned as a prison, execution scaffold, as the royal mint, a large arsenal, the house of beasts and jewel house, the place where the crown jewels are kept. Finally, after this impressive visit you will be able to continue through those narrow passageways until we find the kitchens of Los Tudor in Hampton Court Palace. If you love the Harry Potter saga you can visit platform 9 ¾ at King's Cross station, take the Noctambulus bus and see the Harry Potter locations in Oxford.

A city of museums

Other options that London offers you to learn about its history is to visit its museums, famous in the world for the great historical treasure they hold. The world famous British Museum where you can see thousands of works from all over the world, from the beginnings of humanity to the present day. Among its main attractions are the famous Rosetta stone, all the sculptures of the Parthenon and of course the Mummies of Ancient Egypt.

The jewel of Trafalgar Square, the National Gallery of London, very large and comfortable, which houses a significant set of rooms with the most emblematic Works of Art of the European between the twelfth and nineteenth century. You can contemplate and admire the Works of Masters such as Da Vinci, Van Gogh, Renoir Botticelli, Stubbs, Constable and Titian.

The Natural History Museum has the largest, tallest and most curious collection of animals in the world. Like whales, even a spider that dates back 40 million years and a significant presence of many varieties of dinosaurs. The famous and much visited Victoria and Albert Museum with its 3000 years with a permanent exhibition of impressive artifacts brought from all over the world. In Somerset House with the English galleries of Courtauld, a collection of old masters, impressionists and post-impressionists.

The monuments you should see

St. Paul's Cathedral is London's most important church. According to history, Westminster Abbey was the church of the monarchy of the Kingdom, while the people gathered in St. Paul's Cathedral. It has served for national events such as the royal wedding of Prince Charles and Princess Diana, as well as the funeral services of Sir Winston Churchill. It has the largest dome in the world with a viewpoint with the best views of London, if you do not get tired climbing its 500 steps.

Tower Bridge or Tower Bridge another of London's icons. The most interesting and visited drawbridge in Europe, right next to the Tower of London. Impossible that the Tower Bridge is not scene for the cameras of the tourists and travellers of the world. Another one of the icons; The Big Ben name with which it is denominated to the clock of the Palace of Westminster. It has a great bell of 13 tons that is inside the clock of the tower that is a wonderful spectacle when their four faces are illuminated, arrival the night.

You can not leave London without visiting Buckingham Palace, you will make a wow in your mouth, will be like a dream come true, because you will have a historic opportunity to know the most active and functional Royal Palace on Earth. Inside lives the current Queen and all her noble court, with all the unimaginable luxury that you may have seen in your life, as well as being the protagonist of many historical events.

London is also a destination for shopping, adventure and excitement.

You'll never see anything like it in your life, Harrods the world's most famous and amazing store. It offers its customers from all over the world the most exquisite first class services, with a super cozy atmosphere, products of the highest quality and the best brands. Since 1834 that humble tea service, Harrods has grown at a dizzying speed. Today it has a building of 7 levels and 330 apartments with more than 27 restaurants and the Harrods Bank and gold bars, which will leave you impacted.

To see what you want, London offers you to climb The London Eye. It was inaugurated in 2000, with its huge 135 meters high is the most emblematic icon of London. Many prefer to call it the Millennium Wheel. The Ferris wheel was built over seven years by specialist staff from five countries. It has 32 polished glass cabins, with capacity for 25 people. This super structure rotates at a reasonable speed and the complete turn takes approximately 30 minutes. This is enough to be able to contemplate the best possible panoramic views of the entire city of London. There, there is a visibility of up to 40 kilometers around.

The River Thames runs approximately 215 miles through central London, with its banks full of museums, restaurants, and shops. It has an endless number of attractions that in your travel itinerary you must mark as a must-see. There is nothing better and different to live London than from the river.

A city of football

To end your journey there is an activity in London that excites even those who are not fans of any sport such as football. According to connoisseurs it was in these London lands where this popular sport was born, the most world-wide and universal practiced in the whole world. This is the Premier League of England, who has not been thrilled with the Derby Arsenal / Chelsea for example or watching TV teams such as Tottenham, Queens Park Rangers, Hotspurs and West Ham United, Crystal Palace and Fulham and countless teams in league Two or Champions. In London football is carried away with passion, if you manage to organize your trip in the league season and you can surely enjoy one of the most important derbies. The emotion will be such that you will live the Football that you will not know if you are travelling or if you are a resident Londoner.

So do not miss the opportunity offered by this city to know one of the most interesting destinations that will make you Live London, both in the past and in the present. These are our recommendations for a good trip in London. If you want to stay connected during your stay, My Webspot makes its portable Wi-Fi available to you.