All You Need To Know: Laptop Ban Introduced On Flights To The U.K. And US 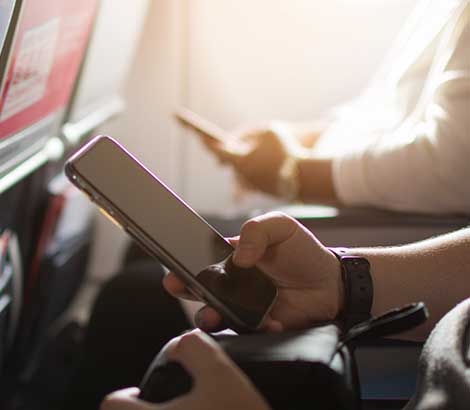 Donald Trump and Theresa May are imposing a ban for electronic devices on direct flights to the United States and the United Kingdom. Officials say that there is no immediate threat. Airline carriers could face high levels of booking cancellations. Still both government heads are calling the vague security situation as the reason for the implementation. Here is all you need to know about the ban, which devices and which countries are affected from the electronics ban and especially how this is going to affect your flight.

What implications does the laptop ban on flights have?

There has been much confusion in the past days. Who is going to be affected and what kind of devices are banned from airplane cabins? Since last Saturday it’s clear that passengers from six countries are affected for the United Kingdom. A few days earlier the U.S. government decided and revealed to ban electronics of a certain size for eight middle Eastern and African countries.

Passengers from following countries flying with any of the mentioned airline carriers should check out the airlines updates. This will prevent any further inconvenience from the electronics ban:

Furthermore, U.K. airline carriers like British Airways, EasyJet, Monarch, Jet2.com, Thomas Cook and Thomson will be affected, too. Passengers on these flights will not be able to take large electronics in their carry on luggage. This includes laptops, iPads, Kindles and gaming consoles. The according allowance dimensions are 16cm by 9.3cm by 1.5cm.

In contrast to the U.K. where also British airline carriers are affected, there are no U.S. airlines affected from the electronics ban. This is due to the fact that there is no U.S. airline heading any of the affected countries directly.

Is My Webspot Pocket WiFi affected?

In general, U.K. government officials have revealed that all electronic devices with a dimension of over 16cm by 9.3cm by 1.5cm must be checked in your checked baggage. However, popular electronic devices like the iPhone 7 Plus, Samsung Galaxy S7 or the My Webspot Pocket WiFi fall in the allowance range and can be taken in the cabin with any problems.

In addition to headaches and a boring flight time, the ban of electronic devices can have serious consequences for you as a passenger: Airlines are not going to be responsible for any loss, damage or theft. Hence, aviation experts suggest all passengers who are affected to necessarily book an insurance policy in order to prevent any problems.