Brussels today : find the best activities to enjoy in Brussels 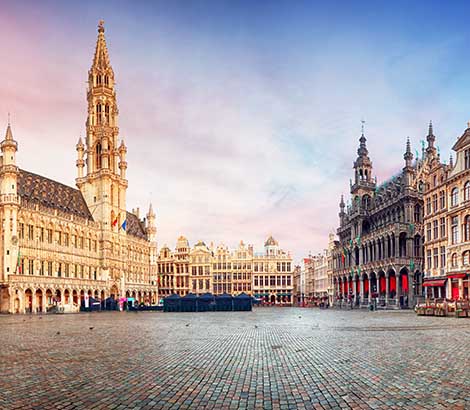 Brussels is the capital of Belgium and the heart of Europe. In other words it is the center of the old continent, has adopted the name of City of Brussels to differentiate itself from its municipality of the same name. Brussels is now officially considered the capital of Europe and the official seat of the European Union of Nations (EU). Belgium is essential in Europe as a neutral and conciliatory country in all conflicts and peace processes in Europe.

A city with the characteristics of a large city, combined with its peacefulness as one of the quietest small cities in the world. Very modern and elegant with its magical classic touch, with its streets overflowing with charm, tradition and a lot of history, so the invitation to visit Brussels today remains open.

Brussels today: Why Brussels, and what to do during your stay?

You will taste the best chocolate and taste the best beers in the world. For its proximity to Spain, for being able to find very economic flights, to have an excellent public transport service, at the same time every 30 min there are trains that connect Brussels with Bruges, Ghent or Antwerp. Because of how well they talk about Brussels today, because we like mussels or because you will always want to meet the shameless Manneken Pis, symbol of the city.

Brussels today is a city that offers much more than expected. It surprises you, it enriches your intellect in terms of culture, infrastructure. Brussels is an incomparable place that you should not hesitate to visit, to enjoy its wonderful.

Visiting the Capital of Europe: Brussels

The three palaces of agenda; the Palace of Justice, in 1883 was considered the largest building in the world, even today remains one of the most spectacular. The Royal Palace of Brussels, Although the kings have not resided there for over a hundred years, is still the seat of the Belgian monarchy, located next to the park of Brussels. With its triumphal arch dominated by a bronze quadriga reminiscent of the Brandenburg Gate in Berlin, the Fiftieth Anniversary Palace and its park are among those tourist attractions often unknown.

You have to visit religious monuments, such as Brussels Cathedral. Also called the Cathedral of St Michael and St Gudula, it is considered one of the most important monuments in Brussels. The Basilica of the Sacred Heart, built in Art Deco style, is 89 meters high and 167 meters long, being the fifth largest in the world. Notre Dame du Sablon, built in the Gothic style of Bravante very similar to the Cathedral, Notre Dame du Sablon is a place of pilgrimage since the Middle Ages.

Among the main Parks and Gardens is the Brussels Park, one of the ancient refuges of royalty. Also known as Royal Park, is the main place of recreation for the inhabitants of Brussels today.

There are other places to see in Brussels, such as The Saint Hubert Galleries, opened in 1847, the first shopping galleries in Europe and are still considered the most elegant. Mini Europe has approximately 350 models at a scale of 1:25; Mini Europe allows you to get to know more than 80 European cities just by observing their miniature replicas. The European Quarter in Brussels houses the main buildings of the European Union, including the European Parliament. Jeanneke Pis is the female replica of Manneken Pis. This shameless girl is much less known and also more modern than the original.

Under the Place Royal are vestiges of the destroyed and buried Coudenberg Palace the former Brussels Palace.

The City of Brussels contains famous monuments and museums, with architecture ranging from medieval buildings to modern and avant-garde buildings, such as the famous Grand Place, a UNESCO World Heritage Site since 1988. Considered one of the most beautiful squares in the world by Michelangelo. In August, during 5 days, this square is covered with a colorful carpet of flowers, reproducing old medieval designs, giving life to a wonderful vegetable carpet. We also find the Cathedral Church of San Miguel and with it Santa Gúdula who is the patron saint of the city of Brussels who died in 712. It is said that Santa Gúdula was a woman of a very remarkable spirituality, with the gift of performing miracles in life.

Another work of art is Laekenes Castle. Home to the kings of Belgium is located in Laeken, an area located in the suburbs of Brussels. The Atomium is the symbol par excellence of Brussels and Belgium. Mini Europe, are located more than 300 examples of famous European buildings. From this place you will be able to observe all the most beautiful places of Europe. The Dutch windmills, the Eiffel tower in Paris and take pictures on the leaning tower of Pisa. The Magritte museum, located on the Place Royale in Brussels. The Manneken Pis is a statuette of about 50 ctms. representing a naked child urinating in the pile of a fountain. The famous Science Museum, with more than 30 skeletons, presents the largest exhibition in Europe.

Brussels today has more than 80 museums, including the Musical Instruments Museum, the Fine Arts Museum and the Comic Museum, which pays tribute to Belgium's love of comics. Here you can see the entire process of creating comics and also everything related to Tintin, the famous reporter created by Hergé in 1929.

Mentioning another beautiful place to visit we find the Cinquantenario Park. The distinctive feature of this park is the very large triumphal arch. In the park there is an Autoworld automobile museum. You will also find the Royal Museum of Art and History and the Army Museum. This park is the greenest and best place to walk. You can also see the Sacred Heart Basilica, although it is a little far from the center.

Multicoloured flavours to taste and remember.

If your tastes revolve around the palate, you won't be able to stop eating the best chocolate and drinking its refreshing beers; in Brussels you can visit the most important chocolate shops in the world. Open the doors of Neuhaus, Au Manon d'Hor, Marcolini, Darcis. Some hold workshops and demonstrations. If you want to refresh yourself, nothing like delighting yourself with one of the Belgian beers, the best known are Stella Artois, Leffe, Chimay or Duvel, with a tour where you will discover the world of Belgian beer in the best possible way, visiting different breweries and enjoying multiple tastings.

Without detracting from any merit we find another delicacy, waffles, perhaps the most international dish in Belgium. The mussels can also be served with chips.

The area with the greatest tourist attraction is La Grand Place (Grote Markt in flamenco or Gran Plaza in Spanish), the geographical, historical and commercial heart of Brussels, with an architectural landscape, headed by the Hotel de Ville, in a building dating from 1.459, highlights a tower of 96 meters high highlighted with a statue of St. Michael. The House of the King (Maison du Roi) dates from 1536 and had to be renovated in 1873, today houses the Museum of the City (Musée de la Ville).

To visit Brussels today, is to engage in one of the most pleasant journeys, to enjoy the pocket WiFi of My Webspot.