Wi-fi: from the cradle to the Mifi’s birth 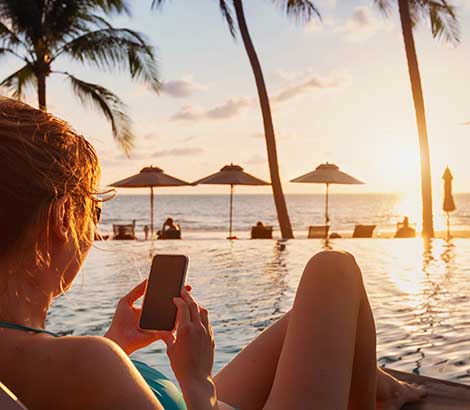 Wi-fi, or Wireless Fidelity, this free connection that we all know, direct access to the WebSphere and fictitious journey around the world by a click. In a world where we count 7,2 billion mobile devices for 7.1 billion inhabitants, this term became common these last years. The Wi-fi codes are exchanged from a place to another; and for many of us, it is a daily tool. For a very good reason: there are more than 5,8 million hotspots "free Wi-Fi" in the world, without counting all the connections for the private individuals, or in cafés, hotels, bars... Finally, the Wi-fi's market fluctuated very fast, giving way to a competition off standards since its launch. Wi-fi Mifi, come back on an incredible technologic revolution.

1947: The world counts 2,6 billion inhabitants, and the radio transistor is created by 2 researchers of the Laboratory Bell Bell, which have been rewarded by a Nobel prize. 15 years later, the 1st communications satellite is thrown: Telstar.

1969: The Space Conquest opens the range of possibilities to the world’s communication: Arpanet, ancestor of Internet, is created.

1999: The wireless network is developed within a more and more partisan World with the electronic devices: 140.2 million personal computers are worldwide sold. This wireless network links the radio waves to establish a connection to the internet network. Indeed, the Committee of the NCR (Leader mondiaux des Transactions Technologiques), the Laboratory Bell and of the IEEE (Institute of Electrical and Electronics Engineers) spend the same year a common agreement on the standard of the wireless technology. This standard aims at preventing a monopolistic competition in the internet debit market. The waves 802.11a and 802.11b (11 Mbps max) are standardized, engendering a big explosion in the wireless capacities. The direct sequence 802.11b is renamed "Wi-fi".

2002: This year announce the marketing of Wi-Fi boxes for "house" allowing to have access to his own domestic network. Free was the influencer of this invention with the very first Freebox.

2007: Steve Jobs launches the very first iPhone by Apple, halfway between the Wi-Fi computer, and the standard mobile phone: it is a technological revolution.

2009: The Wi-fi transform itself and becomes individual. Thought by Novatel, the Firm imagines a portable case creating its own Wi-fi network (or " ad hoc network "). The objectif was that this network should be accessible in any situation and for any travel: it is the birth of the Mifi (or “My Wi-fi”). Today, count of start-ups launched in the marketing and the rent of cases individual Hotspot, such as My Webspot .