Renting Wifi Spain : the advantages of portable Wifi in Spain 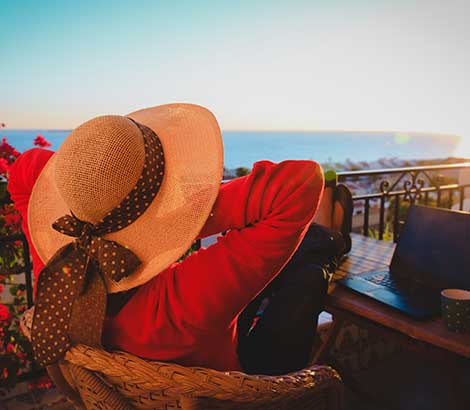 Travelers are not well aware of the benefits and benefits that can result from renting connectivity devices such as a portable wifi device or Pocket, during their stay in major cities in Spain. But one thing is certain, is the concern on the part of travelers to stay connected abroad with their mobile through a secure and stable wifi. In Spain the portable or Pocket wifi is the best solution to avoid instability in data flows without interruptions. The portable wifi provides the user-traveler a constant and safe connectivity in any place, besides allowing him to avoid an excessive consumption of data by the entry of a foreign call at the time of being connected sending and receiving data.

In the Spanish capital, and in the rest of the major cities, 1000 inhabitants have 4G LTE coverage. The mobile Wifi connection in Spain gives you the great advantage of staying connected at all times and almost everywhere with a high-speed Internet access, totally improving your travel experience.

Wifi Spain: These are the 4 options available to be always connected to the Internet during your trip to Spain.

THE POCKET WIFI FOR RENT IN SPAIN.

One of the most convenient and reliable solutions in Spain is the mobile wifi pocket. It is a very lightweight device, besides being slim. It is small enough to allow you to carry it in a pocket of your jacket or in a purse. The wifi device of pocket allows to connect to the wifi up to 15 meters around the user, tolerating the connection of all these devices; (Smartphones, Tablets, Computers and Laptops). It allows the traveler to access 4G LTE and have an unlimited use of data consumption, which allows a great use of this portable device.

These last two advantages are important to compare the effectiveness of the devices of mobile wifi rental between the available, but also allows us to establish differences with other options for mobile. In Spain there are not many 4G LTE providers, with good data packages in 4G LTE.

The country's most emblematic cities such as Madrid, Barcelona, Seville, Valencia, Cordoba, Bilbao, Las Palmas and Gran Canaria have good 4G coverage. The advantage of wifi pocket mobile devices is that when you are no longer visiting these big cities, you can stay connected with optimal coverage to all cellular network providers throughout Spain.

In Spain, the free wifi is an alternative to stay connected, for its condition of being free and obviously free. The public wifi network in Spain is accessible only in the main cities like Madrid or Barcelona, as well as in the cyber cafes. But both in Spain and in any other country in Europe, the establishments that offer the free Wifi ask the customer to consume something (drinks) in return. In other words, free wifi is not so free because it has its own limitations.

The main problem with free WiFi is its quality. The worst thing is its speed, as providers can not invest much in improving the quality of the wifi. For business travellers, it doesn't seem like a good idea to use free wifi in Spain. Another problem is piracy, which creates a climate of insecurity, especially in the wifi networks of major airports such as Barajas airport in Madrid or Barcelona airport.

The biggest drawback is the random nature of the wifi connection, because it will be difficult to find an access point unless you use an application to search for information. Most travellers who connect to a free wifi network in Spain end up paying up to 100 € for data roaming data at the end of their journey.

Another limitation is that if you are outside the big cities like Madrid, Barcelona, Valencia, it will be almost impossible to find a good free wifi connection.

THE USE OF LOCAL PREPAID CARDS IN SPAIN

When you travel to Spain, the main mobile network providers always ask you for a local account with a local address in Spain in order to provide you with an accessible data plan. Prepaid cards in Spain for travellers are very common.

Many network providers have specialized in this type of prepaid card in Spain such as MÁSmovil, or Hitsmobile. In Spain, prepaid cards are very different from free Wifi or pocket wifi. It will allow you to make local (rather than international) calls, offering you poor quality mobile Internet with very slow speeds, below 3G 4G LTE (which are 10 times faster). Thus, the data package of the prepaid cards is much less important than those of the rental portable Wifi routers in Spain.

The main difficulties with prepaid cards is that you have to make sure that your mobile phone is compatible with the frequency bands available in Spain.

The Itinerant data service in Spain is probably the poorest mobile Internet option in Spain for travellers. In fact, some providers like AT&T or Verizon will charge you $2/Mb knowing that an average traveler can use up to 800 MB per day. Sometimes tourists have a bad surprise on their return, like some French travellers who in 2015 ended up paying a bill of 52 000 € after their 2 month stay in Spain.

Beware of mobile operators who may offer an international data package for Spain, under a deceptive offer. Finally, it results in a very expensive bill, and once the use of allowed data is finished, you will be charged back the full fare, without any warning.