Portable Wifi France: solutions to stay connected during your trip 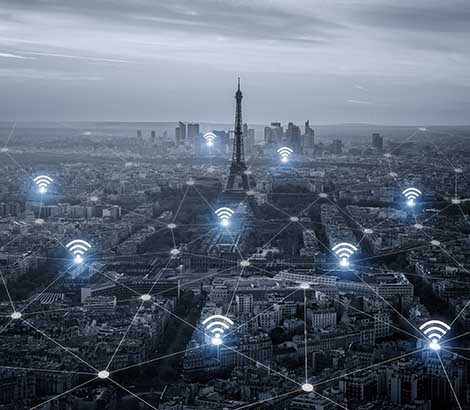 The Portable Wifi France has become today in the alternative with more users and more quoted in the market of wireless communications and especially Smartphone technologies, for its practicality, speed, costs and the ability to stay always connected anywhere and anytime, being currently the most used portable wifi resource by travelers to stay connected as they pass through France. Permanent connection and quality speed are its main attributes.

Traveling to France and enjoying its cities is no longer a problem if you want to stay connected and not suffer from interruptions, as you have the Portable WiFi for France as an alternative mobile connection. The so-called pocket wifi has a number of favorable features, such as its size and weight, because it can be manipulated and carried so easily that it even fits in a pocket of your clothing. the simple fact of being small does not limit its effectiveness because it has a speed of 4G and an average download of approximately 100 Mbps, which gives you considerable download time allowing you to enjoy your stay without missing anything. Its range is around 15 meters around the user allowing connections of up to 15 more users, without distinguishing that they can be Smartphone, Laptops and Tablet. In France, 4G coverage is guaranteed.

The access to the connection with a pocket wifi is provided by MY WEBSPOT, a secure network and the solution chosen by travelling users in France, for only 6.40 Euros per day, without limits and at speeds of 4G.

The free wifi in France could be considered as the cheapest alternative to stay connected, but has limitations of speed and flow, so much so that its biggest problem is precisely the Quality, by its low flow is disconnected very often which generates discomfort in the users, in addition that its coverage only reaches the big cities, Other risks are the piracy, the minimum consumption that demand you and the vulnerability and risk to be victim of attacks of Hackers by trade.

Use of Prepaid cards in France.

The requirements for acquiring a prepaid plan consist of having a bank account and signing an Internet plan. Although its main advantage has to do rather with telephony, as far as the Internet is concerned it has its limitations, especially the speed reached by 3G networks. The incompatibility between the lines of different countries, and the use of the prepaid card do not offer the traveler a security of optimal use of the Internet and much less stay connected all the time.

Roaming data, also called data roaming, helps you save money when you travel across borders. The main problem is that the plans have a limitation of use however by the same dynamics in the trips the user tends to exceed itself, which generates uncomfortable situations as a result of the high costs of the invoices for the concept of consumption of Roaming Data. This is a trap that should not fall into, or risk every time there are portable or pocket wifi.