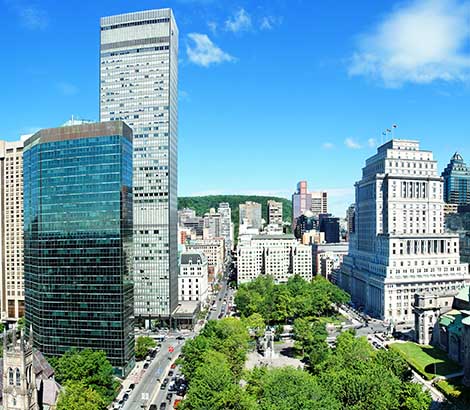 Renting a portable wifi is the best way to stay connected to the Canadian mobile Internet during your stay in Canada. Portable wifi can also be called: pocket wifi, hotspot wifi, mini router or wireless router.

Pocket wifi is the solution most used by travelers around the world to stay connected when travelling, however it is less known to French travelers, but its popularity has been increasing in recent years.

The mini router is a box that allows you to have an Internet connection throughout Canada.

The wireless router rental will provide you with a 4G connection (download speed 100 Mbps) throughout Canada, even when no connection is possible, such as when staying at sea, in the countryside, camping or in the mountains.

Your wifi connection with the mini router can be shared with more than 10 devices (computers, smartphones or tablets) simultaneously.

The portable wifi is also very practical to move around, in fact it can be slipped into a pocket because it has the same size as a mobile phone.

In Canada, in the largest cities such as Toronto, Montreal, Calgary, Ottawa, Edmonton, Mississauga, Winnipeg or Vancouver, 4G coverage is very good. But once you leave these cities, you will discover that pocket wifi can also connect to the various providers of the Canadian mobile network, in order to guarantee you optimal coverage throughout your stay.

Renting a portable wifi for Canada is our preferred solution. We recommend it to travelers who need to stay connected to the Internet. Rental is available with My Webspot on the following site: Hotspot rental for Canada. It offers unlimited Internet access and a very high speed internet connection. High quality with the 4G LTE, from 6,40 Euros per day.

The low connection speed will prevent you from sharing photos on social networks or starting conversations with Skype for example. In addition, you will find free wifi generally only in large cities.

Concerning Montreal, you can consult the following site to find out the locations of free wifi in the city: where to find free wifi in Montreal. You will notice that their locations are mostly in bars, pizzerias or hotels, and therefore, a minimum purchase will be required to get the wifi code.

The latest problem with free wifi in Canada is to be taken very seriously: the connection is not secure and hackers know it. For several years, many complaints have been filed by travellers who have had their data hacked, so be wary.

In Canada, to obtain a prepaid SIM card with an Internet subscription, providers generally require a bank account and a local address. Some Canadian mobile network providers, such as Rogers Communications, Bell or Telus, specifically target tourists by offering travel packages.

These subscriptions offer limited consumption of local or international calls and Internet access. However, the quality of this access is still very poor; indeed its subscriptions only offer a 3G service, which is 10 times less efficient and fast than the 4G LTE of My Webspot's portable wifi.

Another disadvantage of the prepaid SIM card in Canada is that you will no longer be able to be contacted on your regular number during your stay. And don't forget to check that your phone is compatible with the frequency bands of the Canadian mobile network.

Data abroad is also known as Data Roaming. You must have already heard or read this name in the media. Indeed, many customers who have used this solution have filed complaints against their mobile network provider on the grounds that they have received bills for exorbitant amounts.

As you understand, data abroad is the worst choice to stay connected to the Internet during your vacation in Canada. Choose a less risky solution as My Webspot offers with its 4G LTE portable wifi.

That's it, you know everything about the Canadian mobile Internet.