10 parisian spots to visit during the Fashion Week ! 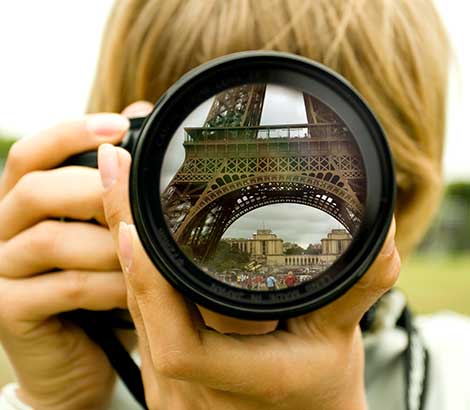 This week, Paris comes alive to the rhythm of the most anticipated event in the fashion world; Paris Fashion Week. Whether you are a “fashion addict” or not, My Webspot has selected for you the top 10 must-places to be!

The Paris Fashion Week Cultural Side

Are you passionate about haute couture? If so, then you do not want to miss the Yves Saint Laurent Museum in Paris which just opened 9 months ago!

Here at the former fashion house on display are the masterpieces of couture. In this inaugural exhibition, the public can discover some fifty examples of high fashion.

Located between the Tuileries Gardens and the plaza of Palais Royal, this museum offers one of the most important collections of historical fashion in the world. Don’t miss the exhibition Margiela, les années Hermès which brings to light a surprising collaboration between Hermès and this Belgian creator.

Fun Fact: It’s restaurant, Loulou is the go to place of the VIPs such as the Kardashians, Victoria’s Secret models amongst many other of the most celebrated designers en vogue. In addition to having a menu to die for there is a heated terrace in plain sight of the Tuileries Gardens.

Where to take a break between shopping sprees

Located on the ground floor of the sumptuous landmark department store Printemps du l’Homme, is Le Café Jules, named for the founder Jules Jaluzot. This new address welcomes shoppers between to shopping centers. Diners will have the choice between indulging in the barman’s handcrafted concoctions or street-food such as “le Jules”: a hotdog à la française.

Le Progrès is probably the only PMU Bar (local corner bar) in the world that can brag about welcoming the VIPs of Paris Fashion Week. Take a seat on the terrace, order a pitcher of Brouilly, a red Cote du Rhone wine and dive right in. How to snag a table? Make nice with the servers who shell out the tables to the lucky winners, or simply arrive at 5 o’clock. After all, there is no better time to enjoy a refreshing Spritz after a hard day of shopping!

To see and be seen

Chanel, Saint Laurent, Sonia Rykiel… numerous great fashion houses of French haute couture have chosen Le Grand Palais to organize their fashion shows. At any given moment the effervescence of numerous stars and models is nearby. Perhaps you will have the chance to see the parade on display!

Just across from the Louvre Museum on the others side of the Seine is the famous Café de Flore. The café is not only know by the French so in love with literature, but also adored by celebrity models. Such models as, Gigi Hadid, Hailey Baldwin and Alessandra Ambrosio have made appearances there. It is a must-see!

After-shows, private parties and other events are held regularly in this club located in the capital during Paris Fashion Week. Voilài, here is a great opportunity to cross paths and mingle with stylists, photographers, influencers and models dancing the night away until the wee hours of the morning.