Insane Data roaming bill of € 23,714 for this French Traveler during his trip to Europe 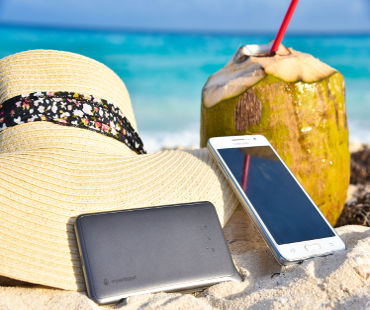 French Citizen, racked up an insane data roaming bill  of € 23,714 while traveling across Germany, United Kingdom, Italy and Spain after using his phone for GPS, uploading photos on Facebook and sending emails.

After traveling across Europe for more than 2 weeks, this man received a data roaming bill of exactly 23,714.6 Euros (approximately US$24,802) when he came back to France.

After subscribing to a data roaming package, he used his phone as GPS for his road trip across Europe, posts photos and videos on Facebook and occasional video calls on Skype, but his network provider apparently failed to notify him when the roaming package ran out of data which leaded to a massive amount of data roaming.

This is not the first time we hear this kind of horror stories, indeed it is believed according to a survey by uSwitch  4 in 10 people experience "bill shock" after holidays abroad and 85% going on a trip abroad are not sure of what they will being charged when using their phones.

Data roaming: How to avoid it during your trip abroad?

My Webspot Pocket WiFi provides a cost-effective and simple solution for using internet abroad.
The Pocket WiFi is a small device you can carry in your pocket providing WiFi on the go to up to 10 Smartphones/Tablets at the same time.

My Webspot offers Pocket WiFi rental for all Europe (France, Germany, Uk, Italy, Spain and more), and the rest of the world with unlimited internet at a fixed daily price.

This solution is more reliable than Free WiFi/Public hotspots and will let you save up to 95% on data roaming.

For more information read our article on how to get wifi in Europe.