15 Game Of Thrones Filming Locations That You Can Visit 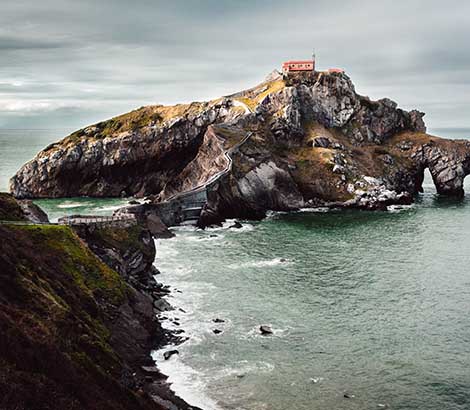 If you know the meaning of Khaleesi or if you are waiting for the winter since 6 years already, you are certainly a specialist of Game of Thrones. Keep on reading (!), this article was made for you. One of the most important things in the creation of George Martin serious is the location. You certainly have seen the wide and green prairies, imposing deserts and cool or ruthless woods. Similar to the movies 'The Lord of the Rings' which was filmed mostly in New Zealand, Game of Thrones set locations are simply breathtaking, too. Check out our must visit Game of Thrones movie set locations in 2017!

Game of Thrones Locations #1: King’s Landing is in Croatia…

This is the place where the mother of dragons needs to get soon to sit in the coveted throne. Dubrovnik has been this place several times in the show and it is really amazing. When you go there, make sure to see his large wall and Saint Blass church. Did you name that this city was an important spy center in the mediaeval age?

Game of Thrones Locations #2: …and Meeren too!

This is the city of the slaves that Khaleesi released, called Dalmatia, and is a spectacular place to visit. Go to the market in the Marmontova Street, the Archeological Museum and the beautiful beach. Also try to play picigin, eat a delicious soparnik and celebrate the National Ties Day.

You cried when Oberyn Martell was killed, didn’t you? Well, his beautiful, colorful and exotic city really is Seville in Spain. Real Alcazar of Seville is a palace with an Arabic influence and gothic style and it served as Martell’s palace in the series. When you arrive there, don’t miss to visit the Cathedral, have a drink in the Salvador Square and practice your Spanish.

Do you remember the wedding of Daenerys and Khal Drogo? The festivities took place on the beautiful Gozo Island in Malta. You can visit the Ggantija Temple, go to the beach and enjoy the calm blue ocean and have a bit of pastizzi, the traditional Maltese dessert.

Many locations were used for the series; one of the prettiest ones is in Belfast. Go and see the murals there, visit the Titanic Museum and try to spend the night in the Commercial Court. Visit the St. Anne Cathedral. Have a drink in the Love & Dead Inc. and refresh your eyes with the magical view that offers the Albert Memorial Clock. Don’t forget to go shopping in St. George’s market and have a beer in The Crown Liquor Saloon.

Game of Thrones Locations #6: Beyond the Wall is Iceland.

The Lord Commandant is afraid for whatever is outside the Wall but he is willing to die for defending it. Iceland is not so scary though. It is a unique place to adventure great things: Take a bath in the hot springs of Myvatn, go camping near the Skogaffos, claim the Hallgrimskirche Church or spend the night in a traditional Icelandic house. Go bold!

Game of Thrones Locations #7: Yunkai is in Morocco.

Yunkai is the walled city conquered for Daenerys Targaryen. Morocco offered its exotics places for that scenes. You can adventure a lot of fun things there like doing a quad tour in the desert, go shopping in the blue Chefchauen, camping in the Merzouga desert or get cool in the Ouzoud waterfall. Certainly, you are going to feel like a king.

The infamous scene when Stannis Baratheon set on fire the seven gods statues was recorded at Bebone beach which has seven miles of gold sand. This is a very quiet place to take a walk, a swim or just lay in the sand and read a RR Martin’s piece.

Game of Thrones Locations #9: Many woods are in Ireland.

Several scenes of Game of Thrones in the woods were shot in the Tollymore Forest Park that has many imposing and majestic oak trees. They served to build the unfortunate Titanic. This park offers endless activities to get fit. Explore the land and release all the negative vibe, go hiking in to the mysterious caves, biking and more.

Game of Thrones Locations #10: Some of the Winterfell is in Scotland.

The Doune Castle served for home of the Stark just in the pilot, and is a spectacular place to visit indeed. It has a cathedral appearance and is very shady. It is formed by one tower where the rooms of the lord and his family were located. The other tower hosted the kitchens and guest rooms. You can imagine the life of the royals when you are there.

Game of Thrones Locations #11: The Eagles Nest is in Greece.

The land of the Arryn’s house has been recreated in Meteora and is a beautiful spiritual place to visit. There are many monasteries unusually built for its craggy land.  The sunset is a spectacle and every monastery is really unique. It makes you wonder how they built that amazing stone structures in this unfriendly land.

Game of Thrones Locations #12: The fists of the first men are in Iceland.

This place is beyond the Wall in the haunted forest and is located in the Vatnajökull National Park in reality. It offers a diverse landscape with volcanic activity. There are boat and helicopter tours and many kinds of hiking. You need to check it out.

Game of Thrones Locations #13: The Red Keep is in Croatia.

The Red Keep is located the Lovrijenac Fort and is considered World Heritage by the UNESCO. This fort avoided many invasions and was defended for ten canyons. Nowadays concerts and theater plays take place here.

Game of Thrones Locations #14: The dragons are in Croatia also.

When Khaleesi was looking for her dragons the spectacular Minceta Tower in Dubrovnik served as a location. It is part of the Dubrovnik Walls which is one of the largest in the entire world; the view from the tower is magnificent. So get there and tell Daenerys that her kids are just fine!

Game of Thrones Locations #15: The Iron Islands are in Ireland.

The great house of Westeros 'the family who do not sow' has its port in Ballyntoy, North Ireland, in reality. This port is at the end of the Giant’s Causeway which is an incredible area of about 40.000 interlocking basalt columns as the result of an ancient volcanic eruption. Legends say that the stones on this causeway were thrown from two giants that were fighting. Nearby are a couple of famous and fun local pubs. It is nice to visit.